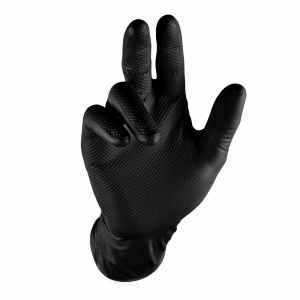 Grippaz is an established glove supplier that has been creating this important type of PPE for companies across South Africa for multiple years. Their range of disposable gloves are particularly popular, largely because of the innovations they have applied from a design perspective, as well as ensuring that the gloves are truly multi-purpose across industrial and home use. Let’s delve a little deeper into the brand itself today, while looking at the many uses of these gloves. It might also be useful to consider what to expect to pay for different choices within their range of products, especially if you have a bulk order on the cards in the near future.

If you’re unfamiliar with the Grippaz, the first thing you should know about them is that their gloves are used all over the world, and in most cases, they are durable enough for the wearer to complete a full shift or whole day with a single use. This naturally depends on the extent and nature of use, but the company does what they can to enhance durability at the core of their designs. Grippaz designs gloves made with formulations of NBR (nitrile butadiene rubber), which is used collectively with a fish scale grip pattern to allow for a firm hold, as well as protecting the user from the object being held.

The Many Uses of Disposable Gloves

Unprecedented grip performance aside, Grippaz prides themselves in the many uses of their disposable gloves. These are the perfect fit in industries involving paint, crafts, gardening, plumbing, building, manufacturing and industrial use. On a more personal front, Grippaz gloves are great for cleaning, DIY projects, household maintenance and even food preparation. As you can imagine, disposable gloves are used in a multitude of ways for a multitude of reasons, but more recently they have become particularly important in light of the COVID-19 pandemic, which has forced people all over the world to rethink the way they engage and interact with the world on a daily basis, while also bringing hand health and hygiene to the forefront of the conversation on an international scale.

Why Grippaz Gloves Go Above and Beyond

Grippaz gloves have a mandate to be versatile as a result of all the industries they get used in, but what sets them apart from their competitors? This comes down to a couple of things, including the fact that their gloves are 100% nitrile and silicone free. Tough as nails, these gloves also protect against chemicals, all the while offering the wearer the ability to perform tasks in an ambidextrous fashion. As the world becomes more technologically advanced, Grippaz has decided to get ahead of the curve, making all their gloves touchscreen friendly. As screens dominate our work lives, and more of what we do goes online, this is an overlooked but defining factor setting Grippaz apart from some of its competitors in the market who have been slower on the uptake in this regard.

Finding a Supplier of Grippaz Gloves in South Africa

If you’re hoping to get your hands on disposable gloves in the near future, G.Fox is a reliable supplier you can check out. They are stocking Grippaz gloves aplenty in their bid to meet the increased demand for essential products during the pandemic head on, and can also be consulted with any additional questions you may have. Grippaz offers two primary types of disposable gloves. Their blue range offers additional grip protection, and is perfect for the janitorial and food industry. Their orange & black range is great for industries dealing with dry, wet or greasy conditions. Both are available in sizes ranging from medium to XXL, and can be purchased in bulk. Expect to pay around R100 per box of 25 pairs for the orange & black option, and around R240 per box of 24 pairs of the blue type. You can’t go wrong when choosing either for your business.

This website uses cookies to improve your experience while you navigate through the website. Out of these, the cookies that are categorized as necessary are stored on your browser as they are essential for the working of basic functionalities of the website. We also use third-party cookies that help us analyze and understand how you use this website. These cookies will be stored in your browser only with your consent. You also have the option to opt-out of these cookies. But opting out of some of these cookies may affect your browsing experience.
Necessary Always Enabled
Necessary cookies are absolutely essential for the website to function properly. These cookies ensure basic functionalities and security features of the website, anonymously.
Functional
Functional cookies help to perform certain functionalities like sharing the content of the website on social media platforms, collect feedbacks, and other third-party features.
Performance
Performance cookies are used to understand and analyze the key performance indexes of the website which helps in delivering a better user experience for the visitors.
Analytics
Analytical cookies are used to understand how visitors interact with the website. These cookies help provide information on metrics the number of visitors, bounce rate, traffic source, etc.
Advertisement
Advertisement cookies are used to provide visitors with relevant ads and marketing campaigns. These cookies track visitors across websites and collect information to provide customized ads.
Others
Other uncategorized cookies are those that are being analyzed and have not been classified into a category as yet.
SAVE & ACCEPT
Powered by